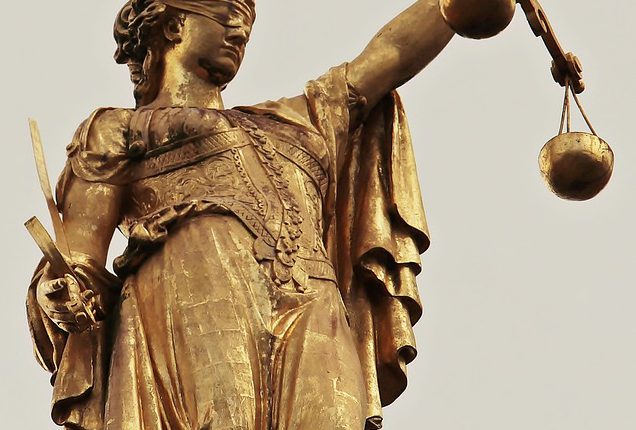 In her press conference, the minister identified changes to the appointments process, such as the requirement for interviews of applicants by the new Judicial Appointments Commission and the recommendation of three candidates for a single judicial post. However, despite the grand announcement of these new reforms , there was little detail provided as to how the new system would operate in practice.

This month, the bill was published on the Oireachtas website in full (available here). This article will examine some of the key aspects of the bill. Importantly, the bill is currently in its first stage in the Oireachtas and may be altered significantly before it becomes law.

The bill prescribes that the two ordinary judges on the Commission must be made up of (a) one male and one female judge, (b) one Superior Court judge and one Circuit/District Court judge and (c) one practicing barrister and one practicing solicitor prior to being appointed. As such, if one member is a female High Court judge who was previously a barrister, then the other member must be a male, Circuit/District judge who was a solicitor.

The ordinary judge members will be nominated by the Judicial Council, while the lay members will be appointed by the minister on the recommendation of the Public Appointments Service. Lay members will be required to have experience of (1) business, finance or public service, (2) corporate governance and (3) the domestic and international justice systems in order to qualify for a Commission post.

The Commission is to be independent in the performance of its functions and may regulate its own procedures, subject to the provisions of the bill.

The Commission is required to keep records of applications and declarations for recommendations. The Freedom of Information Act 2014 does not apply to the process of selecting and recommending applications to the minister.

Part 4 of the bill deals will the appointments process. Any decision by the Commission to recommend a person shall be based on merit, but the Commission must take account of factors such as gender equality, diversity and fluency in the Irish language when reaching a decision. The current eligibility criteria under the Courts (Supplemental Provisions) Act 1961 are retained.

The bill also prohibits canvassing or attempts to influence the appointments process by applicants. Any person who attempts to canvasses during the process will be disqualified from recommendation and will be liable on conviction to a class A fine.

The Commission must recommend three people for a single judicial post, plus two additional people for every subsequent vacancy. The Commission is entitled to recommend fewer people where there are an insufficient number of qualified candidates, but reasons must be set out in writing to the Minister.

Each recommendation made by the Commission to the minister must include a statement setting out the reasons that the recommended person is suitable for appointment. The results of the interview must also be provided to the minister.

The bill also provides that the Commission must publish a “judicial selection (procedures and required competencies) statement” which includes a statement of selection procedures and required knowledge, skills and attributes of applicants. A statement of the requisite knowledge, skills and attributes may differ depending on the judicial post.

The statement will specify that barristers, solicitors and legal academics must demonstrate a “high degree of professionalism, competence and probability” in order to be recommended. Additionally, an applicant will have to show that they can deal with “judicial business in branches of the law that may not have fallen within his or her previous area of ​​knowledge”. Applicants must have appropriate awareness of the diversity of the State’s population and of the experiences of lay participants in the court system.

Every applicant will be required to provide an undertaking that they will engage in training or education as required on appointment.

The statement of selection procedures must outline the form of application and supporting documents to be provided. The selection statement may provide for a short-listing of candidates and shall “ensure that recognized best practice standards in recruitment processes for judicial and other related offices are adhered to”. Different procedures may be adopted for different judicial offices.

At a broad level, it can be said that the JAC Bill aims to regularize the process of nominating judges and, implicitly, reform the old process of getting the “tap on the shoulder” from the JAAB or the minister. Notably, applicants cannot be invited to make applications as under the current JAAB process. Further, judges seeking promotion to a higher office will also have to partake in the appointments process, which is not currently the case.

The Commission will be independent and have control over its own procedures, which is a necessary aspect of ensuring objective recommendations. Certainly, the formalized application process and selection statements will assist in providing transparency for applicants and the public, who will generally know the standards to be met in order to be recommended.

Equally, the confidentiality of proceedings and the non-application of the Freedom of Information Act 2014 are positive aspects of the bill. A discreet nominations system will allow candidates to make applications without worrying about being unsuccessful. The perception of being a “failed applicant” can have professional consequences and may dissuade some from applying in the first place. Additionally, a confidential system avoids the unedifying political spectacle that is regularly seen in United States Supreme Court nominations.

It is also positive that the government’s discretion to choose judges is limited to those that are recommended by the Commission, as opposed to the current system where the recommendations of the JAAB can be ignored by the minister. However, it is disappointing that there are no further provisions dealing with how the minister/government chooses their preferred nominee. Under the current bill, the minister will be presented with three candidates, but the government can still nominate any of them for any reason (or no specific reason). As always, cabinet confidentiality will apply.

Accordingly, it is quite possible that the “three recommendations system” will be little more than window dressing in some cases. Given the discretion available to the minister/government in making nominations, the final nominee could be chosen without genuine consideration of the other two recommended persons. It should also be noted that the proposed system does not eliminate the possibility of political favoritism in appointments.

In light of this, it cannot be said that the new system is without potential flaws. However, it must also be said that significant control has been given to the Commission to objectively determine the best applicants in the first place and that some discretion must be afforded to the government when nominating judges.

A further and more minor criticism relates to the diversity statement. While diversity in the judiciary is important, the Commission will be limited in recommending people with a variety of backgrounds by the relative lack of diversity of the lawyer population within the State. One could argue that the real demographic shifts in Ireland have only occurred in recent years, and that the legal professions will naturally reflect those shifts over time. However, it is apparent that the diversity of practitioners (particularly students and younger lawyers) must be addressed if we are to see diversity in judicial appointments.

Overall, it seems that the JAC Bill is a constructive attempt to reform the appointments process in Ireland. Future judges will have the imprimatur of their peers through the Commission’s recommendation and the formalized nature of the process brings greater transparency to appointments.