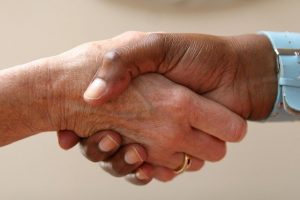 Earlier this week, Kellogg Sales Co. announced a $ 13 million settlement agreement with consumers who bought cereals labeled “heart-healthy” or “lightly sweetened”. The class action lawsuit was filed on allegations that the company “violated certain laws by labeling three of its grains with certain nutritious claims.” However, the plaintiffs allege that the products in the lawsuit “contained excessive amounts of sugar”.

The statewide class action lawsuit included “anyone in the United States who between August 29, 2012 and May 1, 2020, one of the Great products in the United States, for household use, not for resale. ”According to the lawsuit, the comparative class products are the following:

Despite the settlement, Kellogg’s has denied any wrongdoing. Both parties, Kellogg’s, and the class plaintiffs agreed to the settlement in order to avoid the risks and costs that could come with prolonged litigation.

However, how can consumers receive part of the severance pay? Well, under the agreement, class members must submit a valid application and receive “payment based on the type and amount of class products they purchased during the class period”. It is important to note, however, that claims under the Agreement are limited to “two boxes of Raisin Bran and Frosted Mini-Wheats per month and one box of Smart Start per month unless the class member provides proof of purchase”. However, there is “no limit to claims that include proof of purchase”.

Proof of purchase may include the presentation of a receipt, order, invoice, or other type of document proving that the product was purchased. For the average consumer, they can count on about $ 16.09, though that total depends on how many claims they make.

INVESTOR ALERT: Kirby McInerney LLP Reminds Investors That a Class Action Lawsuit Has Been Filed Against Oatly Group AB and Encourages Investors to Contact the Firm Before September 24, 2021