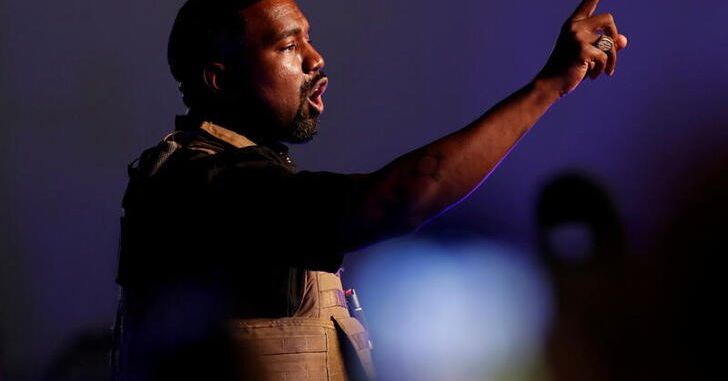 (Reuters) – Attorneys at law firm Greenberg Traurig who represented rapper and entrepreneur Kanye West in a copyright case must work harder to notify him that they are cutting ties and abandoning his defense, a Manhattan federal judge said Tuesday.

The judge rejected the lawyers’ arguments that they had done their best to serve West and should be allowed to try alternative avenues like newspaper ads to reach him. But she gave them more time to reach him by traditional means like mail.

Representatives for Greenberg Traurig and for West, now legally known as Ye, did not immediately respond to requests for comment.

Miami-founded Greenberg Traurig represented Ye in an ongoing copyright lawsuit over his allegedly unauthorized sampling of a song by Chicago musician Marshall Jefferson. The international law firm is one of several firms to drop Ye as a client after he made widely reported anti-Semitic remarks last year.

Ye’s lawyers said in a November filing that they could no longer reach him. US District Judge Analisa Torres granted her request to withdraw from the case later that month and ordered them to serve Ye personally with her order.

Greenberg Traurig attorney Justin MacLean told Torres in a letter earlier this month that the firm had been unable to serve him. The letter said Ye disconnected his last known cell phone number, the representative they reached no longer worked for him, and process servers could not find the rapper where the firm “previously knew Ye to frequent.”

The firm asked for permission to serve him by other means, like sending the order to two addresses “likely to be Ye’s California residences” or publishing it in Los Angeles-area newspapers.

Torres said Tuesday that the firm’s latest attempts “do not indicate diligent efforts at attempting to locate Ye” and it had not shown serving the rapper through normal means was “impracticable.”

Torres also said the firm had not shown that the alternatives it suggested were likely to reach the rapper.

The judge gave the lawyers until Feb. 15 to try to serve Ye again.

Kanye West sued over claim of illegal sample on ‘Donda 2’