Judicial Versus Parliamentary Supremacy Tussle — The Justices Will Lose This One 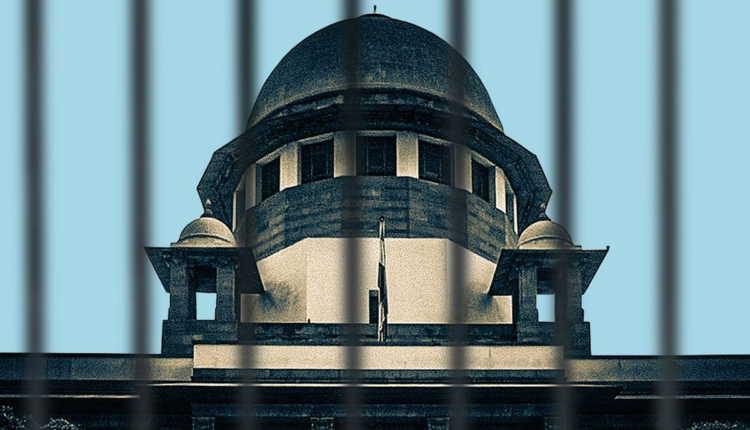 There has been a steady move within the central government this past month to bring the question of judicial appointments to the fore.

As things stand, judges of the Indian Supreme Court are appointed by the government only after receipt of concurrence from a collegium comprising of the Chief Justice and the four senior-most judges.

It is a veto power which the Supreme Court gave itself, following a 1993 judgment by a nine-judge bench, which decreed that the right to make such appointments would no longer remain with the executive.

By this, the government can only appoint those individuals whom the collegium approves.

In effect, judges appoint themselves, and all the central government can do, at best, is delay submission of the list of names. It is a messy system prone to creating bad blood between two branches of the state, fraught with an absence of scrutiny, and has no parallel elsewhere.

This strange collegium system came to pass because politicians of the Congress era had tinkered with the courts and the Constitution far too much and for far too long, with the best example being Indira Gandhi’s ruthless subjugation of the judiciary during The Emergency of 1975-1977.

And, perhaps, there was no great outcry in those days because many of the non-Congress political parties saw no great harm in the courts seeking to insulate themselves from such dangerous excesses.

But there was no way this effort by the courts, to protect themselves from the vagaries of past political deviousness (there is no other word), could become a permanent system.

There are two reasons: first, a possibly unintended consequence of this move is that it unfortunately ended up casting our political class as an ignoble, untrustworthy lot.

This, in turn, only further enforced public disturbance in the state, which was worse, because, at the end of the day, society has to operate on some element of trust. And if that trust is broken, then those who did so have to be removed.

Second, this veto removed accountability from judicial functioning, because by it, the central government could only offer those candidates for appointment as judges whom the sitting justices of the day approved.

As a result, instead of a rigorous selection process through which the executive assumes responsibility for the merit, efficiency and impartiality of the selectee (a responsibility which an elected political executive is answerable to in Parliament and at the ballot box), we got myopia for the most part.

The proverbial buck which, in all other matters, and as originally envisaged, stops for all practical purposes at the Prime Minister’s desk. It does not do so in this case.

Instead, it floats disquietingly out of reach in a trishanku-swargam which has no right to exist.

Vice President Jagdeep Dhankar spoke at length, with heartfelt passion, on this issue last month. His point was elementary and elemental, that the basic structure of the “Basic Structure” is predicated upon the representation of popular will in the actions of every arm of governance, be it the executive, the legislature, or the judiciary.

He said that he had written a letter to the Chief Justice of India, in which he referred to a restructuring of the Memorandum of Procedure (MoP), for the committee which would identify, evaluate, and short-list potential candidates.

This action had been lying in abeyance since 2016, when the court instructed the Center to do so.

Some sections of mainstream media irresponsibly reported that this was an attempt to place a government nominee on the selection panel.

Opposition parties immediately raised a chorus of alarm, and called this a back-door move to infringe upon judicial independence.

Of course, neither had actually read the letter before commenting, because it was privileged correspondence.

The minister clarified that both were wrong, that there was no question of proposing a government nominee, and that he was only following the Supreme Court’s directive.

Undeterred by the facts, former union minister and senior lawyer, P Chidambaram of the Congress party, introduced a strawman argument into the mix. He tweeted that it was not Parliament which was supreme, but the Constitution.

This, however, was immediately called out as a red herring, because the argument was not on parliamentary or constitutional supremacy, but on who ought to have the last word on judicial appointments — an elected Parliament or a judiciary which selects itself.

Never ones to be left out of anything, the left chipped in with his unsolicited opinion, much like how communist leader Brinda Karat tried to participate in an ongoing protest by our medal-winning wrestlers (she was humiliatingly asked to leave the stage).

They actually want the collegium system to go, but ludicrously, their argument is presented in Marxian, subaltern, caste terms.

According to them, the collegium system is an attempt by the ‘upper caste elites’ to keep at least one arm of government under their control.

Thus, we see that the spectrum of arguments around the issue of judicial appointments already stretches from the ignorant, the illogical, the irrelevant, to a tendency to willingly obfuscate, even before the debate has formally begun.

Yet this debate will begin, because the question which needs to be answered is not a legal one, but a moral one.

India cannot further countenance a system by which, some of the most crucial appointments in the country are made without public scrutiny, public concurrence, or public accountability.

People understand and accept that the independence of the judiciary is a prerequisite which is non-negotiable.

They also understand that a strong element of subjectivity will prevail in selection processes.

But what is unacceptable, is if those same people are forced to depend upon self-appointed constituents of a wing of government for the delivery of their justice, purely on trust, when that selection process detracts from the trust they ought to have in the representatives they elect directly.

It cannot be, that they are asked to trust their judges’ wisdom to select successors in an inscrutable fashion, on the thesis that this method is being followed because those the people elect are inherently untrustworthy.

Even if we leave aside the absence of public accountability in appointments for a moment, where is the control mechanism in place today, which satisfactorily demonstrates that the process of selection will not slide from acceptable subjectivity to unacceptable arbitrariness or whimsicality?

That is too much to ask of a citizenry in a democratic setup.

Therefore, if differences between two wings of government, over the manner of judicial appointments, are not settled internally, they will necessarily have to become a public debate in a third wing — the legislature.

It is how the system is meant to work. And if that happens, then this is one argument the courts will lose, because nothing may supersede the popular mandate.

The Upheaval in Big Law Will Make History