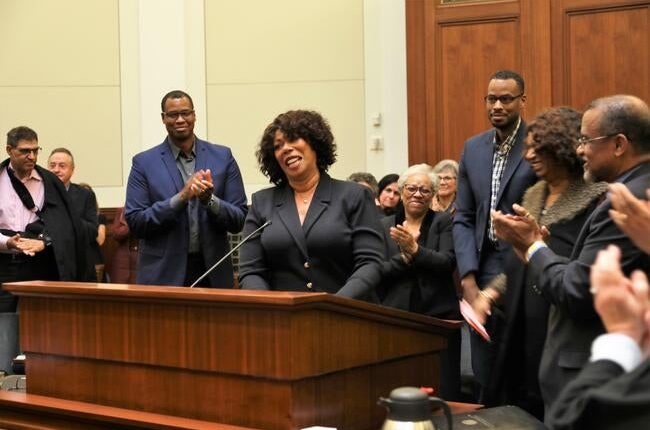 A new judicial mentoring program is expanding statewide, after the success of a pilot program led by San Francisco’s First District Court of Appeal to help recruit qualified and diverse future candidates to California’s appellate courts.

The program seeks to demystify the judicial appointment process by pairing lawyers and superior court judicial officers with a seasoned justice.

The pilot appeal program launched nearly a year ago, with current and retired justices from across the state serving as mentors. Twenty individuals were paired with mentors, and six of those candidates submitted applications to the Governor’s office for consideration as future appellate court justices, said First District Appellate Justice Teri L. Jackson.

“We had a tremendous response,” said Justice Jackson. “The whole goal is for this not to be a mysterious process. Our mentees tell me they really appreciate getting a realistic view of what we do as appellate justices.”

The mentorship program applications is now live on each of California’s six appellate court districts websites.

“It’s so important that this program be launched statewide,” said Luis Cespedes, Gov. Gavin Newsom’s judicial appointments secretary. “This is a way of making sure our applicant pool reflects the best and brightest.”

Statewide Effort to Diversify the Judiciary

gov. Newsom hailed the California Judicial Mentor Program as a statewide undertaking between the executive and judicial branches to advance the shared goal of an inclusive judiciary that reflects California’s diverse population.

The program includes the appellate court program, as well as a Trial Court Mentor Program, which is now active in all of California’s 58 counties.

The effort to diversify California’s judiciary dates to 2006, when the First Summit on Judicial Diversity and a follow-up meeting of judicial branch partners explored ways to support efforts to appoint more diverse applicants to the bench.

Those efforts produced the Judicial Council’s “Pathways to Achieving Judicial Diversity” toolkit, which has served as a key resource for mentorship programs. The council’s Advisory Committee on Access and Fairness created the toolkit in collaboration with the State Bar of California’s Council on Access and Fairness.

More work to do

But even with these encouraging trends, 61% of the state’s justices and judges are men and 63% are white.

“We have much more to do, and this mentorship program will help us broaden who comes through our doors,” said Justice Jackson.