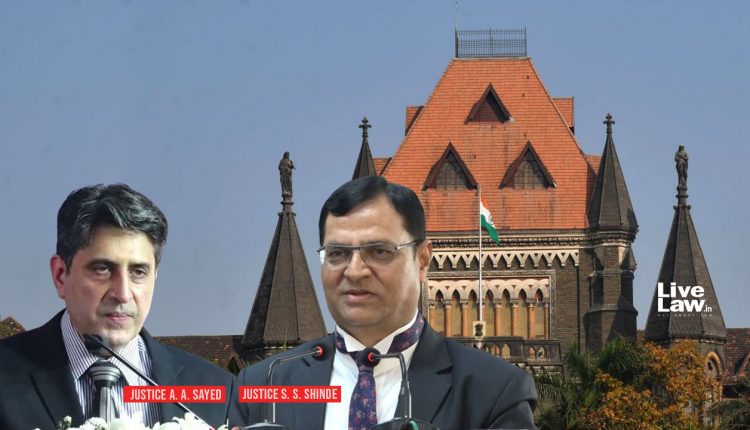 Unless judicial appointments are expedited, the entire system may crumble, Justice AA said about vacancies in the judiciary coupled with a mounting pending of cases.

Take the example of Bombay High Court, one of the largest constitutional courts in the country. There is a 40% vacancy of presiding officers. Despite a sanctioned strength of 94 judges, by the end of this week there will be only 55 judges.

Justice SS Shinde on the other hand expressed the urgent need for lawyers to come forward and accept judgeship. “Someone will have to take responsibility, otherwise who will represent this institution?”, he asked.

Justices AA Sayed and SS Shinde were being felicitated by the Bombay Bar Association for their elevation as Chief Justices to the High Courts of Himachal Pradesh and Rajasthan, respectively.

“Our judicial system is a beacon of hope for people of our nation. We need to rebuild the faith and confidence of the people in the judiciary…. So many of our judges are retiring. Unless appointments of judges are expedited, the judiciary may crumble ,” Justice Said said.

He added that while the pending of cases was mounting on one hand the Chief Justice was finding it difficult to even make the roster. Moreover, without the help of the bar the judiciary would not be able to sustain itself.

Soon after, Justice Shinde supplemented Justice Sayed’s statements by urging members of the bar to take up judgeship. He mentioned that a lot of lawyers who were offered judgment turned down the opportunity.

“What I feel, lawyers of original side, even though they are 30-40 they refuse to come to the judicial side. Even at 45.. we have asked many lawyers of this bar, but for some or the other reason they say ” no, we cannot accept it.” But someone will have to take responsibility, otherwise who will represent this institution?”

Finally, Justice Sayed asked young advocates to maintain the highest standards of integrity and fairness and said there was no “substitute to hard work.” “Dream and work towards your dream. A judge learns on the job and highest challenge is to balance equity,” he said.

In his closing remarks, Justice Shinde read out excerpts from the Supreme Court Judgment in RK Garg, Advocate vs State Of Himachal Pradesh on April 22, 1981 regarding the association and cooperation between the bar and the bench.

“Many members of the Bench are drawn from the Bar and their past association is a source of inspiration and pride to them. It ought to be a matter of equal pride to the Bar. It is unquestionably true that courtesy breeds courtesy and just as charity has to begin at home, courtesy must begin with the judge. A discourteous judge is like an ill-tuned instrument in the setting of a courtroom. But members of the bar will do well to remember that such flagrant violations of professional ethics and cultured conduct will only result in the ultimate destruction of a system without which no democracy can survive.”

Justice Sayed, a law graduate and sports enthusiast from Mumbai was appointed a permanent judge of the Bombay HC in 2007. He has served on various committees and lately as the executive chairperson of the Maharashtra State Legal Services Authority. While practicing as a lawyer on the original side, Justice Sayed represented the UOI in various PILs related to mangroves, dumping grounds etc.

Justice Shinde has been a judge of the Bombay High Court since March 17, 2008. He has presided over various high profile cases in the recent past including the abetment to suicide case against Republic TV editor-in-chief Arnab Goswami, Bhima Koregaon-Elgar Parishad case, cases against former Maharashtra Home Minister Anil Deshmukh and actress Kangana Ranaut.

TCA explains: What is a class action lawsuit, and how can you benefit?