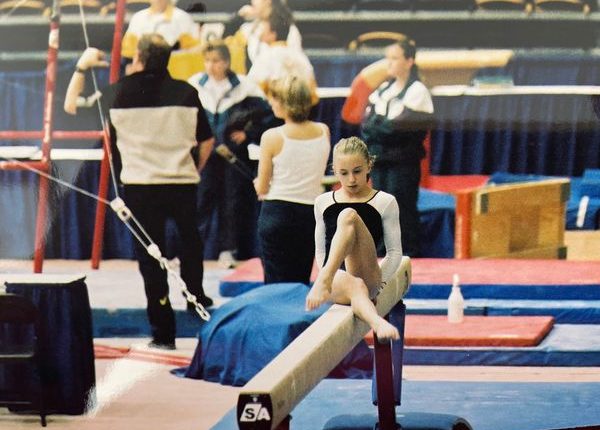 Gymnast Amelia Cline during the 2002 Nationals in Winnipeg. Ms. Cline is leading the class action, which is seeking certification.HANDOUT/AFP/Getty Images

Gymnastics Canada responded to a proposed class-action lawsuit launched this week by a group of former and current athletes, saying the physical, sexual and psychological abuse being alleged is unacceptable.

“The allegations we have been made aware of in the claim describing behavior that is unacceptable in any sport environment, and we take them very seriously,” Ian Moss, chief executive officer of the sport’s national governing body, said in a statement on Thursday.

“As leaders in the sport of gymnastics within Canada, we are committed to providing a safe environment for members of our sport that is accessible, inclusive, respects our participants’ personal goals and is free from all forms of maltreatment,” the statement said.

“This is a collective effort and we will continue to work with our sport partners to support provincial member organizations and clubs throughout our community.”

On Wednesday, a group of Canadian gymnasts filed a proposed class action in BC Supreme Court against Gymnastics Canada and six affiliated provincial organizations in British Columbia, Alberta, Saskatchewan, Manitoba, Ontario and Quebec.

The suit alleges the sport’s federal and provincial governing bodies turned a blind eye to years of abuse by coaches and other officials. The allegations include claims of inappropriate sexual contact, sexual grabbing, kissing and fondling of athletes; slapping, pinching, and forcing gymnasts to overtrain; and inducing some to adopt dangerous eating disorders.

None of the allegations have been proven in court. The class action, which is seeking certification, is led by Amelia Cline, a former top Canadian gymnast who left the sport in the mid-2000s and alleges her coach was abusive.

In an interview with The Globe and Mail, Ms. Cline, now 32, said that as a 14-year-old rising star, she pulled her hamstring so badly it tore off a fragment of bone. The injury happened when her coach in BC, demanding she train harder, took hold of her leg and forced her into a dangerous stretch, ignoring her cries from the pain. Two months later, still recovering from the injury, Ms. Cline said she was forced to attempt a series of difficult flips she had not fully practiced, landed on her head and was injured.

Upset at her performance, Ms. Cline said her coach put her on a scale and told her the struggle to land the flips was not because she hadn’t practiced, but because she wasn’t thin enough. Ms. Cline said young girls were counseled by coaches on how to refuse food and lie to their parents about eating disorders.

“Amelia’s experience of abuse is representative of what many gymnasts in Canada endure,” the lawsuit alleges. “Numerous gymnasts across Canada have brought forward complaints spanning decades that detail their experiences of sexual, physical, and psychological abuse and institutional complexity that has enabled the culture of mistreatment of gymnastics athletes to persist.”

Ms. Cline is the lead plaintiff in the documents, but at least 15 other gymnasts, who are not identified in the claim, have joined the class action alleging various forms of abuse.

The Globe reached out to the six provincial governing bodies named alongside Gymnastics Canada in the lawsuit. Gymnastics Alberta and Gymnastics BC said on Wednesday they could not comment because they hadn’t been provided with any official notification or documents related to the action.

Dave Sandford, CEO of Gymnastics Ontario, said in a statement on Thursday: “Gymnastics Ontario has developed ethical standards to ensure everyone feels welcome and empowered. We believe that a safe sport environment prioritizes the welfare, safety and rights of every participant at all times.”

On Thursday, Mr. Moss said Gymnastics Canada and the six provincial organizations had not been served with legal papers related to the case and learned about the action through the media.

In its response, Gymnastics Canada pointed to the organization’s procedures on its website for handling and investigating complaints, and its policies on preventing abuse.

“Gymnastics Canada and our provincial member organizations have developed and implemented comprehensive policies and procedures to deal with concerns regarding abuse and maltreatment at all levels of the sport regardless of when or where they arise,” the statement said.

“We are committed to addressing all allegations that come forward with diligence and due process.”

The athletes’ lawsuit says those policies are at the root of the problem, alleging that claims of improper behavior and abuse were ignored, swept aside, or not dealt with. The suit also claims that athletes who lodged complaints were sometimes subject to threats that their careers would not advance, and that allegedly abusive coaches who produced results were rewarded with promotions rather than being punished.

“The defendants caused or contributed to the abuse of gymnasts by creating a culture and an environment where the abuse could occur, and failing to take appropriate steps to protect the athletes in their care and control, many of whom were children when the abuse took place ,” the documents allege.

The lawsuit says the gymnasts have suffered a wide range of long-term effects, from chronic pain, depression and anxiety to post-traumatic stress disorder and suicidal thoughts. Others have lifelong eating disorders, stunted growth and development, and anger issues. Sexual trauma has left some unable to develop and maintain intimate relationships, the documents say.

Ms. Cline said the lawsuit is intended to help the gymnasts deal with the health problems, including the cost of medical treatment and therapy. The claims in the proposed class action go back as far as 1978.

Last year, a group of top Canadian synchronized swimmers launched a proposed class-action lawsuit against Canada Artistic Swimming, alleging physical and psychological abuse, including pressure that forced them into eating disorders that hospitalized some and caused lifelong health consequences. That lawsuit is also seeking certification, and now involves more than 50 swimmers.

In March, 71 former and current gymnasts, including 10 Olympians, wrote an open letter to Sport Canada, the arm of the federal government that funds national programs, calling for an independent investigation into abuse in their sport. More than 450 athletes and parents have now signed the letter.

In April, the judge who oversaw the trial of disgraced former USA Gymnastics doctor Larry Nassar, who was convicted of sexually assaulting more than 150 athletes, called on the federal government to heed the calls for an independent investigation in Canada.

On Thursday, the advocacy group AthletesCAN, which represents members of Canada’s national teams, lent its support to the lawsuit, saying, “We support our gymnastics members in their continuing battle for justice. It is their lived experiences that will form a critical path towards closure and leave an impact for future athletes.”

Wolf Haldenstein Adler Freeman & Herz LLP announces that a securities class action lawsuit has been filed in the United States District Court for the Central District of California against Mullen Automotive, Inc.