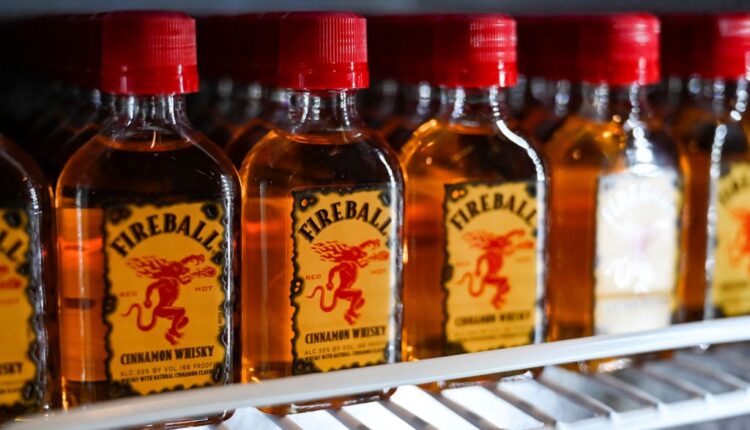 Fireball may be going on trial but not for the reason you might be thinking. Sure, the cinnamon-flavored whiskey has led to many a bad decision. That’s not the issue here. A woman is taking the maker of Fireball to court over what she claims is deceptive packaging.

I’ve actually wondered about this myself. When my youngest son and I were in Chicago last summer, we noticed street vendors selling mini bottles of Fireball, along with cans of beer, outside of the White Sox ballpark. It didn’t occur to me at the time that those little bottles couldn’t possibly have contained any liquor.

Here’s the difference. The original Fireball is a 33% alcohol by volume (ABV) cinnamon-flavored whiskey. It’s real liquor that can only be sold by retailers licensed to sell spirits, like an ABC Store. On the other hand, the mini bottle of Fireball Cinnamon is a malt-based beverage with an ABV of 16.5%. It’s Sold for 99 cents in stores that only carry beer, malt beverages, and wine products, such as gas stations and supermarkets. Or guys on the street in Chicago.