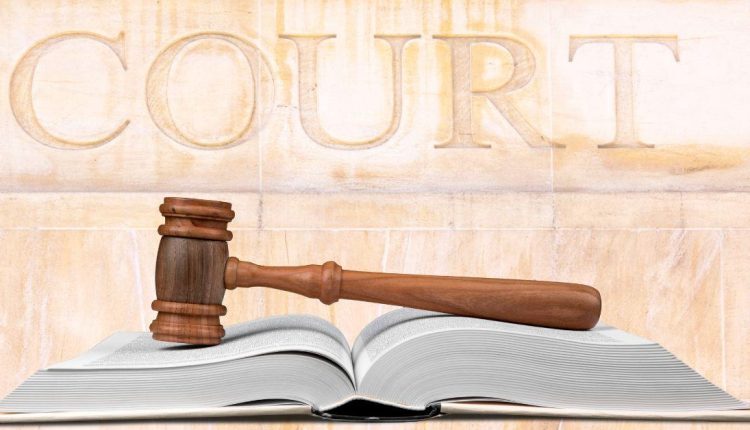 Collegium System of Judicial Appointment: A critique While transparency in judicial appointments must be a key objective, interference from an overbearing executive that has no stomach for dissent is a serious risk

Recent statements, sharp and strident from India’s minister for Law and Justice, Kiran Rijiju, on the apparent ‘lack of transparency’ within the Collegium system for appointment of judges to Indian courts, has been met with a dignified response from India’s 50th Chief Justice, DY Chandrachud.

Speaking to the Indian Express on the charge of the Collegium working being opaque, Justice Chandrachud said there is a “legitimate… public interest in knowing how judges are appointed” but “we also need to preserve the privacy of the people”, members of the Bar or judges of the High Court “who are under consideration”.  This revived controversy has brought back into focus the debate on appointments to higher judiciary.

In this context, this article tracks the adoption of collegium system in judicial appointments.[1]

Before, any further discussion, it is important to note that one of the fundamental features of the Indian Constitution is the Doctrine of Separation of Powers. French Philosopher Montesquieu said that when the legislative and executive powers are united in the same person, or in the same body or magistrates, there can be no liberty. This separation of powers between different branches of the government makes sure that there is a system of checks and balances.

In the Indian context, the Supreme Court and High Courts not only interpret the Constitution but also protect the fundamental rights of citizens under Article 32 and Article 226 respectively. The Supreme Court also has original jurisdiction over Centre-State disputes, central government, state -other states, the inter-state disputes under Article 131 of the Indian Constitution. To perform the functions it is empowered to, the Supreme Court needs to be free from any political pressure when it is making any decisions. It requires no explanation that appointment of judges be without any political motivation.

Article 124(2) of the Indian Constitution states as follows:

And with respect to appointment of the judges to the High Court, Article 217(1) states as follows:

“(1) Every Judge of a High Court shall be appointed by the President by warrant under his hand and seal after consultation with the Chief Justice of India, the Governor of the State, and, in the case of appointment of a Judge other than the chief Justice, the chief Justice of the High court, and shall hold office, in the case of an additional or acting Judge, as provided in Article 224, and in any other case, until he attains the age of sixty two years….”

In this case, a number of petitions involving important constitutional questions regarding the appointment and transfer of judges and the independence of judiciary. One of the issues raised was regarding the validity of Central Government orders on the non-appointment of two judges. To establish this claim, the petitioners sought the disclosure of correspondence between the Law Minister, the Chief Justice of Delhi, and the Chief Justice of India. The state claimed that the information is privileged under Article 74(2) of the constitution, which states that the courts shall not enquire into the correspondence between the council of ministers and the president.One of the petitioners also argued that the consultation meant concurrence of the Chief Justice in the matters of appointment of judges.

The court was to deal with the question to interpret the word ‘consultation’ which the president is supposed to do with the Chief Justice before appointing a judge. The court stated as follows”

“But, while giving the fullest meaning and effect to consultation’, it must be borne in mind that it is only consultation which is provided by way of fetter upon the power of appointment vested in the Central Govt. and consultation cannot be equated with concurrence. ”

The court also stated that the court is not required to abide by the advice from the consultations. The court stated

This meant that the control of appointment of judges vested with the executive, virtually. This was not to be changed until eleven years later in 1993 case of SC AOR Association vs. Union of India.

Supreme Court Advocates on Record Association vs. Union of India[3]

In this case, the SC overruled the judgement in SP Gupta vs. Union of India and introduced a specific system to appoint judges rather than affirming the executive discretion as was done in the SP Gupta case.

The court also stated that the CJI’s opinion be formed after consultation with the senior judges since power cannot be vested with one man. The court stated

In 1998, the President referred to the Supreme Court, using his constitutional powers vested in him under Article 143, for clarification, the SC’s guidelines in the case of SC AOR Association vs. Union of India. The President called for an opinion of the SC on multiple questions on transfer and appointment of judges and the role of CJI in the whole process.

This judgement gave more detailed procedure to the whole appointment process by mandating that the CJI should consult with 4 senior most judges of the Supreme Court while making recommendations to the SC and that the sole individual opinion of the CJI does not constitute consultations within the context of Article 124(2).

The court stated as follows-establishing the collegium system that we see today:

Another important development that this judgement has brought in is that it mandated that the views of the senior judges who are consulted by the CJI and the views of CJI himself be conveyed to the government in writing and thereafter, the government can appoint them.

An important aspect of this judgement is that it emphasises (does not mandate) a consensus within the collegium system. The court, given that the collegium is consisting of people with different opinions, realised that someday, the CJI might find himself in minority whereas the other senior judges are in majority regarding appointment or non-appointment of a candidate. The court stated as follows on how the collegium should decide on the collective opinion that is to be then sent to the government:

After the judgement in 1998, the procedure for appointments was clear. In appointments to both the Supreme Court and High Courts –India’s constitutional courts– the Collegium would be the selecting body and the Government will be the appointing body; the Collegium will have to consider the all India seniority list while appointing judges to the judiciary. The court, as evident from above, emphasised that the Collegium should give an anonymous decision which would mean that the conflict or the reasons for the non-appointment of a candidate, will not be known or disclosed, in general.

It stemmed from a group of petitions challenging the validity of the Constitution (Ninety-Ninth Amendment) Act, 2014 (99th Amendment) along with the National Judicial Appointments Commission Act, 2014 (NJAC Act). These Acts were enacted to replace the Collegium system used for making appointments to the higher judiciary with the National Judicial Appointments Committee (NJAC). The NJAC included the Union Minister for Law and Justice and two eminent persons, besides the Chief Justice of India, and next two senior most judges in the Supreme Court. The Collegium, which the NJAC proposed to replace, included the Chief Justice of India and a forum of the four senior-most judges of the Supreme Court.

The Supreme Court struck downthe amendment to the Constitution down saying that it breaches the Theory of Separation of Powers. The majority opinion of the court held that the involvement of the executive in the appointment of judges impinged upon the primacy and supremacy of the judiciary and violated the principle of separation of powers between the executive and judiciary which formed part of the basic structure of the Constitution.The dissenting judgement by Justice Chelameshwar argued that the independence of the judiciary is not established by merely the primacy of the opinion of the Chief Justice or the Collegium.

The Collegium system could withstand one attempt to dilute it, by the executive, via the NJAC judgement but a better accountable system of appointing judges will not be, arguablya bad thing. Since the power of judiciary resides in the trust of people in the system, a transparent system which checks and balances, with more accountability of those who appoint the judges to appoint judges to the higher judiciary will only make the democracy stronger.

The context and timing of the demand for an NJAC and the track record of the present regime in giving a go-by to all constitutional and parliamentary procedures and principles has invited charges of ‘Parliament is being used to dismantle the Indian Constitution brick by brick.’

Given this conundrum, the appointment of higher court judges and the need for accountability and transparency remains stuck, between a rock and a hard place.

Amid stand-off over judicial appointments, pendency increasing : The Tribune India

Amid stand-off over judicial appointments, pendency witnesses phenomenal rise : The…