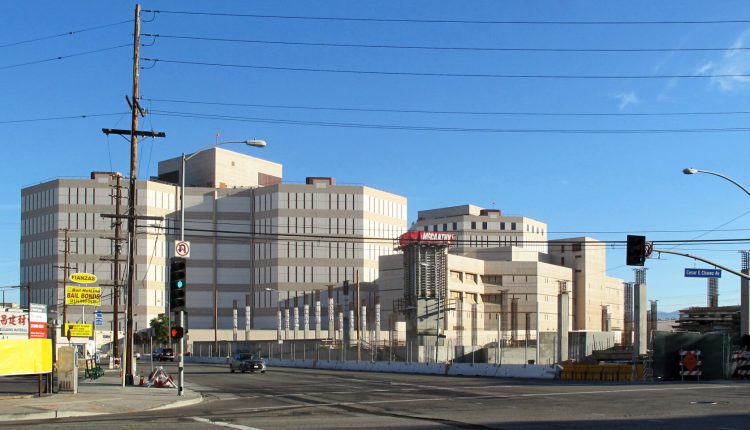 Last year, the California Supreme Court ruled that “the common practice of conditioning freedom solely on whether an arrestee can afford bail is unconstitutional.” Although it did not ban the use of cash bail, it held that courts must consider an arrestee’s ability to pay instead of simply selecting the corresponding dollar amount from a county’s uniform “bail schedule.”

The lawsuit represents six class members, or plaintiffs, who were all in custody when the suit was filed.

The first hearing for the lawsuit took place on Tuesday morning. A Los Angeles Superior Court judge ordered the forthwith release of one plaintiff because there hadn’t been any individualized assessment of his ability to afford bail. But Civil Rights Corps litigation support fellow Micah Clark Moody says that in spite of the order for immediate release, the individual remains in custody.

This all came to a head five days after the plaintiff was first arrested. In fact, when the lawsuit was filed, each of the six plaintiffs had been jailed for at least five days, without ever seeing a judge or being appointed an attorney.

An initial bail amount is set by the arresting agency and based on the uniform bail schedule, not on any particular circumstances related to the alleged offense. And since arrests don’t always result in criminal charges, a person can be asked to pay tens of thousands of dollars in bail, left in custody for days, and then released without ever being formally charged with a crime.

That’s exactly what happened to another one of the six plaintiffs, whose bail was set at $75,000 when she was arrested on November 9. She waited five days in jail for her arrangement because she had no way to pay even a fraction of the bail amount. During that time, she was unable to shower and was kept in a cold, windowless cell. But when her court date finally came, the LA district attorney’s office declined to file charges.

Civil Rights Corps attorney Salil Dudani says that the decision was made around 11:00 AM, but the plaintiff wasn’t released until after 9:30 PM. In other words, she lost five days of freedom solely because she was unable to pay $75,000, all for a case that was ultimately never even filed.

If the plaintiff and her family had managed to scrape together 10% of the bail amount to secure a bail bond — the most common way to make bail since the full amounts are so high — they would have likely never gotten that money back. Bail bonds companies often consider this amount of their premium or fee and don’t refund it, even if the individual arrested makes all court appearances or is never formally charged.

However, she isn’t the only plaintiff whose case was rejected by the DA’s office. Another plaintiff was arrested for vandalism on November 9 and held on a $25,000 bail that he couldn’t afford to pay. In his handwritten declaration filed with the lawsuit, he explains how he called the Bail Deviation Program on November 11 to see if he was eligible for reduced or zero cash bail.

He only knew about this program because an attorney from Public Justice, one of the organizations representing the plaintiffs, referred him to it. When he called, he learned that the DA was declining to charge him, and that he was supposed to be released. That release didn’t happen until days later, even though there was no longer any reason to jail him.

Five days in custody takes more from those affected than just time, or safety, or freedom.

For one plaintiff, it meant missing an important job interview. Another plaintiff did not have access to his medication and was separated from his girlfriend. One plaintiff was in the process of finding a shelter placement before she was arrested and was unable to see her children while she was jailed.

Another plaintiff needed to recertify her benefits, her sole source of income, but lost five days to a $20,000 bail that she had no means of paying. On November 14, the court ordered that she be released on her own recognition, without paying bail. But the county failed to process her paperwork on time, leaving her to spend another night in jail. She will have waited at least a week behind bars by the time she’s released.

The six class action plaintiffs in this case were all kept in custody because of their inability to pay, not because of any alleged risk to the community. But their cases have another commonality: All six plaintiffs are unhoused.

Civil Rights Corps attorney Shirley LaVarco says this is no coincidence. “The City and the County clearly have an abundance of resources to lock our clients in jail for five days before they can even see a judge. But there are far fewer resources to help get them housed in their communities. One of our clients, who has been sleeping in his friend’s car, tried to get into a shelter a few weeks ago. He was immediately turned away because there were no available beds.”

Proponents of the cash bail system argue it ensures people show up to court and keeps communities safe. But studies show that secured bail does nothing to increase court appearances.

“Jailing people simply because their families can’t afford to pay cash bail destabilizes their lives and subjects them to inhumane conditions for no good reason,” said Debtors’ Prison Project Director Leslie Bailey. “Under LA County’s system, a person arrested for a less serious crime is locked up solely because she can’t pay, while another person arrested for a more serious crime is set free because he can afford bail. This is the definition of wealth discrimination, and it has no place in our society or our legal system.”

At the time of publication, the next hearing is scheduled for December 19, 2022. This hearing will address the preliminary injunction asked for in the lawsuit, which would prevent the city, county, LASD, and LAPD from detaining individuals who cannot afford to pay cash bail as a condition of pre-arraignment release. It would also bar the use of taxpayer dollars to fund the enforcement of the bail schedule and the spending of forfeited bail funds collected under the unlawful bail schedule.

In the meantime, Los Angeles will continue to incarcerate people who haven’t even been formally charged with a crime, much less convicted of one. They wait, in cold, crowded, and filthy jail cells, without an attorney to call — not because they are too dangerous to be released, but because they are too poor.