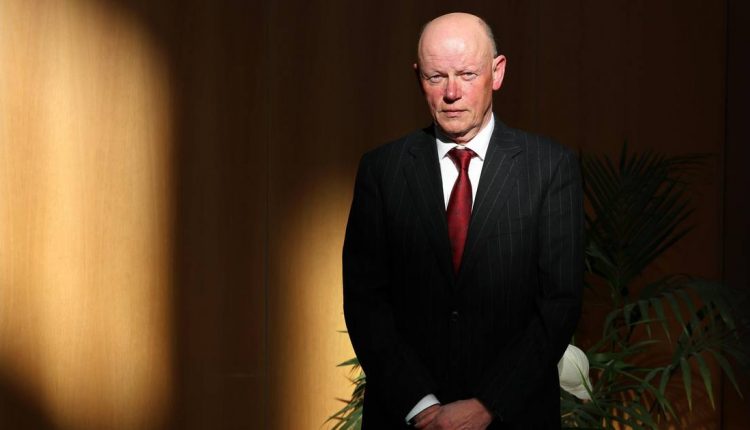 The Chief Justice has voiced strong concern about some of the Government’s proposals for reforming the system of judicial appointments.

In a significant intervention, Donal O’Donnell welcomed some key proposals in the Judicial Appointments Commission Bill 2022, including that recommendations for appointment or promotion be based on merit. However, he said it is “legitimate to question” why practicing lawyers are excluded from membership of the proposed Judicial Appointments Commission (JAC) and why there must be an equal number of lay and judicial members. The Attorney General is to be a non-voting member on the nine-person commission.

The Chief Justice said the “significant dilution” of the judicial component, coupled with the exclusion of practicing lawyers altogether, has the potential “to weaken the process”. He was “absolutely in favour” of strong lay representation but it was “not obvious” why it had not been decided to have a majority of judges on the commission. He also believed there is a case for devising a specific system for the most senior judicial appointments but the current proposals state there is no compelling case for that.

His views had been communicated, by invitation, to the Department of Justice as part of a consultation process and he said he understood they are only one perspective which can be rejected. However, he said it “would be helpful” to all interested in this issue — lawyers, judges, academics and politicians who will be considering the draft legislation — to understand the factors that animated the conclusions in the bill. His main concern is there “has been no process under which these views are tested or contrary views put forward”.

Eight years after judges called for the establishment of a high-level body to carry out research and to develop detailed proposals for a radical improvement in the appointments process, there is still no comprehensive, independent expert survey of the system of judicial appointments, he said . He disagreed with those who believe the separation of powers and the independence of the judiciary requires judges should not be consulted on these matters.

Judicial independence should not mean leaving judges “in some form of splendid judicial isolation”.

“Sometimes, in the words of that old advertising campaign, it’s good to talk.”

The Chief Justice made the comments in an address on the subject of Judicial Dialogue delivered last week to the Irish Association of Law Teachers at the King’s Inns in Dublin. He agreed the 2022 Bill is a “significant improvement” on what has gone before since reform was first formally proposed in 2013. He particularly welcomed two reforms which were “key” recommendations made by judges in 2014 — that recommendations for judicial appointments or promotion be based on merit and the number of candidates submitted by the Judicial Appointments Advisory Board (JAAB) to government for a single post be reduced to three.

He said most of the work of judges is to decide cases and the appointment process should seek to identify the best people to do that, but the system here appears to have been slow to accept a merit-based process. The perception of political influence on judicial appointments, “even if it is an over-simplification”, is damaging to the administration of justice, he said. One only has to look at the situations in the US, Poland and Hungary to conclude that any arguments in favor of a system in which political allegiance has any influence on appointments “cannot be accepted today”.