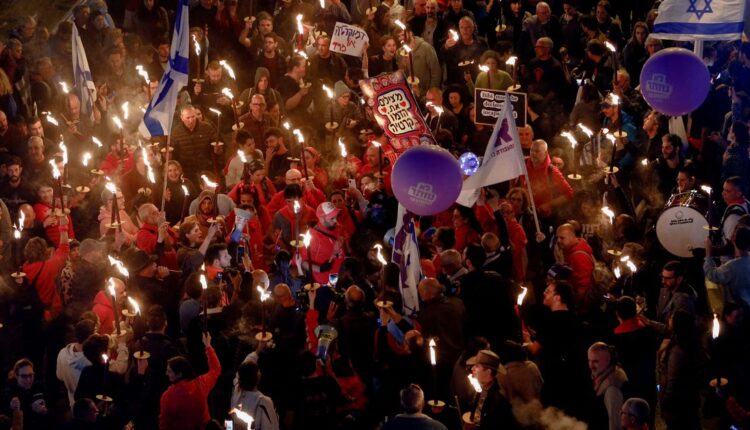 JERUSALEM, Jan 23 (Reuters) – A member of the Bank of Israel’s Monetary Committee has quit in order to fight the new right-wing government’s contested plan to overhaul the judiciary, the Calcalist newspaper reported on Monday.

The proposed reforms, which Prime Minister Benjamin Netanyahu casts as reining in Supreme Court overreach but critics fear will undermine democracy, have sparked a stormy debate, with weekly protests spreading across Israel.

“I feel that I cannot sit and discuss whether to raise the interest rate by a quarter of a percent or half a percent while Israeli democracy is in danger,” Moshe Hazan, a Tel Aviv University economics professor, told Calcalist.

The Bank of Israel confirmed that Hazan had resigned on Sunday from the six-member Monetary Committee, after serving since 2017.

The monetary panel sets the central bank’s benchmark interest rate, and has been raising rates sharply to combat high inflation. “The government’s plans could hurt the independence of the judiciary and civil service and this will heavily damage Israel’s democracy and economy,” Hazan said.

The Bank of Israel said Hazan had informed Netanyahu that he was leaving the committee in order to “take part in public-political activity”. The Monetary Committee would continue with just five members, it said. Reuters could not immediately reach Hazan for comment.

The judicial reforms, which have yet to be written into law, would tighten political control over judicial appointments and limit the Supreme Court’s powers to overturn government decisions or Knesset laws.

Netanyahu, who is on trial for corruption charges he denies, has dismissed the street protests as a refusal by leftists to accept the results of last November’s election, which produced one of the most right-wing governments in Israel’s history.

Justice Minister Yariv Levin has said that the reforms are meant to restore balance between the judiciary, legislative and executive branches.