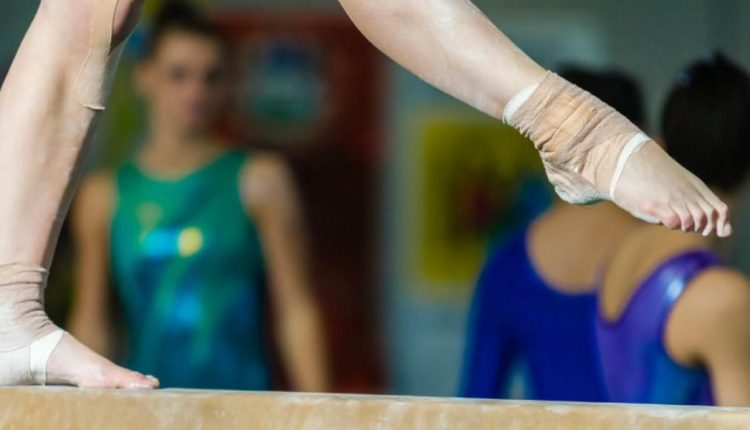 A proposed class-action lawsuit has been filed in the Supreme Court of British Columbia, against Gymnastics Canada and multiple provincial gymnastics associations, for the alleged sexual, physical and psychological abuse of gymnasts in the country.

Former gymnast Amelia Cline is the named plaintiff, on The Notice of Civil Claim that was filed on May 11.

The proposed lawsuit alleges that Gymnastics Canada and provincial governing bodies in BC, Ontario, Quebec, Manitoba, Alberta, and Saskatchewan caused or contributed to the abuse of young gymnasts.

HSH said that it was filed “on behalf of all gymnasts resident in Canada who claim that they were abused,” while participating in the major governing bodies of gymnastics in Canada, since 1978.

“Although we have not been served, the allegations we have been made aware of in the claim describing behavior that is unacceptable in any sport environment, and we take them very seriously,” the organization said in the statement.

The statement added that there are “comprehensive policies and procedures” that are in line with the Universal Code of Conduct for Maltreatment in Sport, which the organization and Provincial Member Organizations have in place “to deal with concerns regarding abuse and maltreatment at all levels of the sport.”

“We are committed to addressing all allegations that come forward with diligence and due process,” the statement said.

The lawsuit alleged that the governing bodies “caused or contributed to the abuse by creating a culture and an environment where the abuse could occur.”

It also claimed that the defendants failed “to take appropriate steps to protect the athletes in their care and control, many of whom were children when the abuse took place.”

In the summer of 2000, Vladimir and Svetlana Lashin were coaches at Omega Gymnastics Sports Center in Coquitlam, BC, the lawsuit said.

It alleges that Amelia Cline “and her teammates spent the next three years at Omega being subjected to abusive conduct perpetrated by coaches Vladimir and Svetlana Lashin.”

The lawsuit lists abuse allegations against the coaches, including: “routine hyper extension of the knees by coaches forcibly sitting on athletes’ knees,” “directing and requiring athletes to maintain an unhealthy weight,” “inappropriate physical contact, including having athletes run into Vladimir’s arms and straddle his waist,” and “inappropriate physical contact, including Svetlana hiking athletes’ suits higher on an athlete’s legs, hips and buttocks revealing their inner thighs and buttocks.”

The lawsuit also makes allegations of psychological abuse, including: “public berating, yelling and humiliation,” “body shaming,” and “explicitly instructing athletes to not tell their parents what happened at practice.”

None of the allegations have been proven in court.

The representative plaintiff in the lawsuit, Amelia Cline, lives in Vancouver, BC and started her career in the sport at a young age. By the time she was nine years old, Cline was attending Omega Gymnastics Sports Centre.

The lawsuit claims that Cline left Omega and ended her gymnastics career after Vladimir Lashinn “demanded” that she perform a vault, despite an injury and her protest.

“Amelia was forced to attempt the vault multiple times without any assistance. After landing on her neck on two of these attempts, Vladimir screamed at Amelia to move on to another event. Both times that she landed on her neck, Amelia suffered severe neck pain and feared that her neck was broken,” the lawsuit said.

The lawsuit said that after the incident, Vladimir brought Cline into his office and forced her to weigh herself. He then allegedly told Cline that “the reason she kept getting injured was because she was too heavy.”

At the time of the alleged events, Cline was 14 years old and weighed approximately 80 pounds.

According to the lawsuit, Cline and her parents reported the incident to Gymnastics BC’s CEO and Program Director. They were then told that a Harassment Officer from Sport BC was going to investigate.

Cline was not informed of the conclusion of the investigation that proceeded her report.

“Rather than face punishment for their abusive conduct, Vladimir and Svetlana were rewarded by both Gymnastics BC and Gymnastics Canada,” the lawsuit added.

Vladimir and Svetlana Lashin went on to coach gymnastics at high levels.

Cline suffered from chronic back and neck paid, disordered eating, anixtey, nightmare, panic attacks, and insomnia, as a result of the abuse, the lawsuit said.

The defendants now have 21 days to respond to the claim filed.