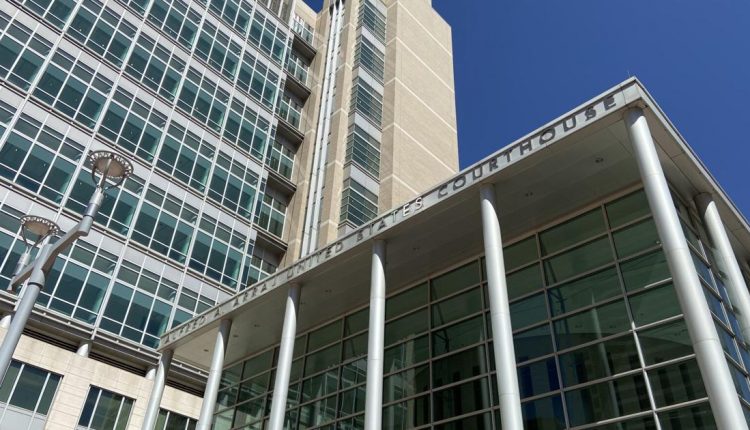 As part of the US Senate’s obligation to advise and consent on federal judicial appointments, senators are often involved in recommending nominees for vacancies in their home states.

Since President Joe Biden took office last year, Colorado’s senators were particularly quick to screen candidates, forward names to the White House and win confirmation of four new federal judges to date. To assist with the process, US Sens. Michael Bennet and John Hickenlooper rely on a 10-member advisory committee to wade through the dozens of applications.

On Tuesday, two members of the committee spoke to lawyers and judges about their process and what people can expect when applying for a coveted lifetime appointment to the bench.

“How important is political involvement/connections? We don’t care about that. We honestly don’t,” said Michelle Lucero, co-chair of the judicial advisory committee. “We’ve sent names up that honestly the senators have never heard of.”

Frances Koncilja, another member, explained that candidates receive interviews before the committee of 30 to 45 minutes, but she is most interested in seeing how well each applicant can write.

“I spend a lot of time going through writing samples because to me it’s an indication of whether people are gonna keep their butt in the chair and do their work. It’s important to be involved in the community and go out and give speeches, but at the end of the day you’ve got to get the work done,” Koncilja said.

The online presentation, sponsored by the Faculty of Federal Advocates and several other legal organizations, came at the tail end of Bennet and Hickenlooper rapidly funneling candidates to the White House amid high judicial turnover on the federal bench. Since Biden took office, he has appointed three district court judges and one appeal judge in Colorado, and has two more vacancies scheduled to take effect next year in the district court.

News of the most recent vacancy came in late July, as US District Court Judge Raymond P. Moore announced he will step down as an active judge in June 2023. Koncilja and Lucero did not disclose how the senators would choose finalists for that seat, but suggested Bennet and Hickenlooper may opt to reuse applications from prior vacancies.

The next day, Bennet and Hickenlooper forwarded their list of finalists for Moore’s seat to the Biden administration without seeking new applicants. Barring unforeseen events, that means the advisory committee will likely not have the opportunity to screen potential US District Court nominees for several years. If Biden succeeds in making five appointments to the seven-member trial court, the next member eligible for retirement — in 2024 — is Chief Judge Philip A. Brimmer, a George W. Bush appointee.

Koncilja, a former commissioner on the Colorado Public Utilities Commission who has also been involved in screening candidates for state judgeships, spoke to her personal priorities for reshaping the federal bench. She would like to enhance the pipeline of candidates from less-populous areas of Colorado, as well as increase the number of federal magistrate judges nominated to district judgeships. The first one, US District Court Judge Nina Y. Wang, took office last month after seven years as a magistrate judge.

But Koncilja also mentioned the advisory committee’s recent work was driven by a December 2020 letter from Dana Remus, the incoming White House counsel for the Biden administration. Remus, in addition to requesting three names from senators per district court vacancy, indicated Biden was interested in nominating judges who were demographically diverse and had historically-underrepresented experiences, like being a public defender.

“We are bound by the Remus letter,” Koncilja said. “That does not mean there’s not gonna be a recommendation from the committee to send the name of a white male, but the political realities are this White House has indicated they want to have a much more diverse federal bench than they have in the past, so we have to take that into account.”

So far, the committee’s work has aligned with that directive. Colorado’s senators have sent a total of seven names to the administration for various district court vacancies, comprising three women, five people of color and a workers’ rights attorney.

Lucero, who is the general counsel of Children’s Hospital Colorado, said the senators choose who sits on the advisory committee. The members usually cast a wide net for applicants when a sitting judge announces his or her retirement. The committee also sits down with the retiring judge and chief judge, when possible, to talk about the court’s needs and the qualities of a successful candidate.

She added that the committee took implicit and explicit bias training so members could be more alert to their decision-making process. Reportedly, the senators and the White House have responded favorably.

“They see us a little bit as a best practice. They like what we’ve done,” said Lucero.

In addition to a person’s writing ability and diverse characteristics, Koncilja advised that applicants should be able to understand the nuances of legal analysis, otherwise an appellate court would find fault with their judicial reasoning. Lucero cautioned against social media use, saying online posts are less crucial for the committee, but something the White House likely cares about.

Typically, there are between 20 and 40 applications for a vacancy. Lucero said the senators leave the screening process to the committee, and members send enough names for Bennet and Hickenlooper to interview personally so that the senators end up with three candidates for the White House.

“Both senators take this very seriously. Sen. Bennet has taken it seriously for a long time. Sen. Hickenlooper since he was both the mayor (of Denver) and then as the governor knows how important judicial selection is,” Koncilja said.

According to the Institute for the Advancement of the American Legal System, which is based at the University of Denver, approximately two dozen states as of 2017 had senators who operated judicial screening committees, either jointly or for an individual Senate office. Hickenlooper’s predecessor as senator, Cory Gardner, created a committee separately from Bennet’s, although both committees presented a virtually identical list of finalists to the Obama administration in 2016.

Koncilja said the advisory committee does not handle appeal to court nominees, adding that prior presidential administrations have “felt the positions were theirs.” Both she and Lucero indicated there are now several viable pathways to the district court bench, but the ability to choose new judges is limited because Colorado, whose population has nearly doubled since 1984, has not received any new judgments from Congress since then.

It has instead been the wave of retirements that launched the committee into recent action.

“We put together candidates, I think who reflect the community,” said Koncilja. “And to me that is very important.”

Mergers and acquisitions in IT accelerate