Amid surge in food-stamp theft, low-income victims are left on the hook, lawsuit claims 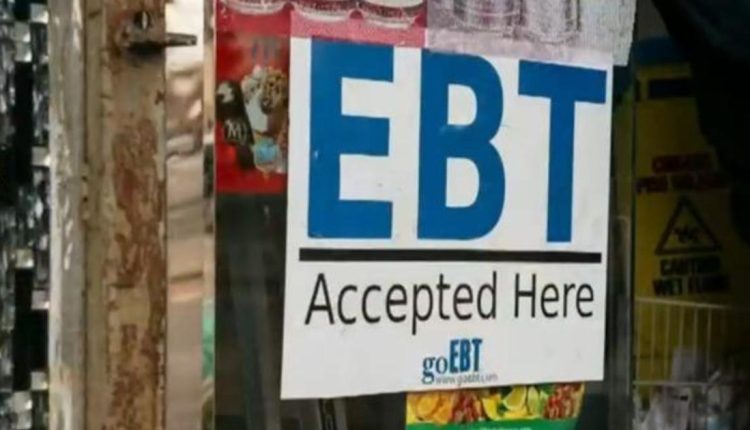 Nathalie Rahmsay visited her neighborhood grocery in Boston in July to buy food with her electronic benefit transfer card for herself and her disabled adult son. Just days before, the card had been loaded with $460 in monthly food-stamp benefits. But the 71-year-old got a nasty shock at the register when the cashier told her she didn’t have enough money on the card to buy $91 worth of food.

Rahmsay soon learned that a scammer had used her EBT card to spend about $400 of her food-stamp benefits at a Sam’s Club in Cicero, Illinois — a city she hadn’t visited. She also doesn’t have a Sam’s Club membership. The scammer, it turns out, had “skimmed” her number through a device inserted into a card reader, stealing her card number and PIN.

Worse, Rahmsay soon discovered that the Massachusetts Transitional Assistance (DTA), the agency that oversees the food-stamp program in her state, wouldn’t reimburse her for the stolen benefits, according to a new class-action lawsuit.

Months later, Rahmsay “still feels like she is crawling out of a financial hole,” said Betsy Gwin, senior economic justice attorney at the Massachusetts Law Reform Institute, who filed the lawsuit on behalf of Rahmsay and other skimming victims. “We want to make sure people who get SNAP benefits aren’t left holding bag” when their benefits are stolen.

At issue is the question of who should bear the responsibility for stolen food-stamp benefits — taxpayers or the victims of theft? EBT cards act like debit cards, but lack the same protections against theft that credit and debit cards have. As a result, food-stamp theft victims are currently taking the financial hit when their benefits are stolen, according to the lawsuit, which is seeking to compel the DTA to restore stolen benefits to Rahmsay and other skimming victims.

The cases in Massachusetts may represent just a fraction of Americans who lose their benefits to theft, with the US Department of Agriculture last month flagging it as a growing problem. About 41 million Americans currently rely on the Supplemental Nutrition Assistance Program, or SNAP — the formal name of the food-stamp program — for food assistance.

Skimming “is an extensive issue that extends across the country,” Gwin added. “The difference we see is the lack of federal protections for EBT users.”

EBT cards are designed to resemble debit cards — complete with magnetic stripes and PIN numbers — partly as a way to reduce the stigma of purchasing groceries with foods stamps at the checkout line. But that means the cards are also susceptible to thieves who use skimmers — small card readers inserted into point-of-sale devices that steal both the card and PIN numbers and allow the scammers to use the card info to make unauthorized purchases.

Similar to debit cards, but no protection

To be sure, skimming can occur with any type of card, including debit and credit cards. But major credit card companies like MasterCard and Visa have zero liability policies, which means they will reimburse card holders for unauthorized purchases. No such protections exist for EBT cards.

That compounds the financial stress on food-stamp recipients when their funds are stolen because they have no way to recover their lost benefits. The lawsuit claims that the DTA has declined to reimburse victims of skimming theft because the USDA, which provides funding for SNAP, won’t cover the costs of restoring the nutritional aid.

“The state and federal government weren’t stepping up to replace the stolen benefits even when there was no dispute that they were stolen,” Gwin said.

Another food-stamp recipient who was left in a financial hole due to skimming is Christina Santiago, a mom of two. She was at Walmart on October 14 to buy her weekly family groceries with her $740 in monthly benefits, which had been deposited into her EBT account the previous day. When she arrived at the checkout, however, the cashier told her that her card had no funds.

Santiago had to leave without buying the groceries, according to the lawsuit. When she asked DTA about the missing funds, she was told that her funds had been used at a Sam’s Club in Plano, Texas — a state she has never visited. Santiago had never shared her card or PIN number with anyone else, which suggests a skimmer stole the data.

The DTA didn’t reimburse her for the stolen money, and the impact of the theft has “left a big hole in her finances,” the suit states.

One reason that EBT cards lack the same protection as credit and debit cards is because they aren’t covered by the Electronic Funds Transfer Act’s Regulation E, which outlines consumer protections and bank responsibilities with electronic fund transfers.

Congress in 1996 removed EBT cards from the regulation’s oversight, which means the cards don’t have the same consumer protections as other cards, according to the suit.

Agencies are warning food-stamp recipients about the rise in skimming thefts and are advising them to keep their PINs secret, check their accounts regularly for unauthorized transactions and examine card-reading machines for skimming devices.

But that doesn’t go far enough, Gwin said. The lawsuit is asking that the DTA reimburses victims of skimming theft.

“In our view, the harm and the burden associated with the loss of benefits following skimming-related thefts should not be on the SNAP beneficiaries themselves,” she said.