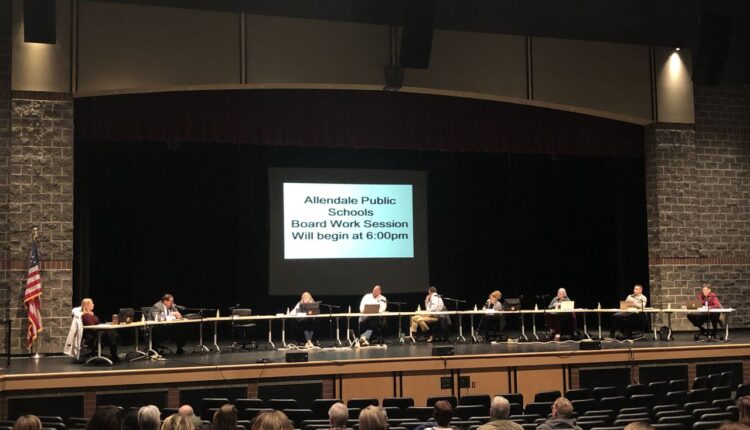 OTTAWA COUNTY, MI – The Allendale Board of Education is considering hiring other law firms to represent the district in addition to Kallman Legal Group, which was recently hired as the district’s legal counsel in a split vote this month.

At a work session Monday, Jan. 23, the board discussed the possibility of hiring more than one law firm to ensure the school district has access to legal expertise on a wide range of specialized areas, like the handling of school elections, bond refinancing, Title IX issues and more.

The discussion over the district’s legal needs on Monday came after a previous Jan. 9 meeting where the board voted 4-3 to replace the district’s longtime legal counsel, Thrun Law, with a Lansing-based firm called Kallman Legal Group.

Cooper told the board that Kallman had suggested the district hire other law firms on retainer for certain areas where Kallman didn’t have as much experience, like in elections and bond refinancing.

Cooper said it’s common for school districts to have more than one law firm on retainer. He said he’s spoken with superintendents from around Ottawa and Kent counties, and that most schools in the area have hired several law firms for expertise or second opinions on specific legal matters.

“I’ve learned that there’s really some good strategy in having maybe more than one law firm at our disposal,” he told the board Monday.

Kyle Mayer, superintendent of the Ottawa Area Intermediate School District, also told MLive that it’s common practice for districts to work with several law firms that can provide knowledge on various specific legal matters a school may deal with.

The board is expected to make any decisions regarding the school district’s legal counsel at the next regular board meeting, on Feb. 13. Cooper is planning to give the board a presentation about the costs associated with the four main law firms he said are used by most schools across Ottawa County: Thrun Law, Miller Johnson, Clark Hill and Lusk Albertson.

Trustee Liz Ramey expressed interest in the suggestion on Monday, saying that she liked the idea of ​​the district using multiple law firms for different purposes, but that she wanted to be cautious about how much it would cost the district.

During Monday’s work session, Thurkettle made a suggestion that the board respind the Jan. 9 vote to hire Kallman Legal Group. He said the board should reconsider the district’s legal representation and make another vote at the Feb. 13 meeting after the board has learned more about other law firms in the area.

The only way the vote could have been respinded is if one of the four trustees who voted in favor of the motion made a motion to respind the vote, Thurkettle said. That did not happen on Monday, so the board will keep its retainer of Kallman Legal Group and continue to consider hiring any additional law firms.

DeJonge expressed concerns on Monday about the hiring of Kallman Legal Group. She said the entire board did not have enough information about the law firm before the Jan. 9 vote.

“I feel that the board, the district, and the community were tremendously misled, and for lack of better terms, lied to,” DeJonge commented during the work session.

Dozens again turn out for Ottawa County board meeting, offering both criticism and praise