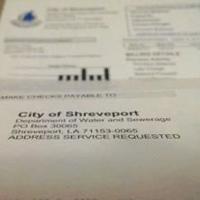 The appellate court in its ruling issued Wednesday sent the case back to Caddo District Court for further proceedings.

Attorney Jerry Harper, who along with co-counsel Anne Wilkes represented the water customers in a class action lawsuit, said they will seek to have the ruling overturned.

“We are surprised by and respectfully but vigorously disagree with the court’s ruling. We are also disappointed that the ruling, if it becomes final, will adversely affect approximately 100,000 Shreveport area families,” Harper said in a statement to KTBS.

The city’s response to the ruling: “The City does not comment on potential nor pending litigation.”

The lawsuit was filed in 2017 to recover overpayments of water and sewerage charges. The plaintiffs alleged the city failed to properly calculate average winter consumption for residential sewerage use based on a formula in the city’s ordinance. They contended customers’ bills were consistently inaccurate because the city averaged water use in the four winter months instead of charging them for actual use.

The city objected to the judgment and raised four areas of appeal.

In its decision siding with the city, the appellate court said when the Shreveport City Council passed its water ordinance it did so with the understanding of water meters were, and continue to be, read by a person who follows a route, going residence by residence to read water meters.

“To expect all manually read water meters in the city, consisting of tens of thousands of residences, to be read on the last day of every month is impossible given the system for reading water meters that the city has in place. When a law is clear and unambiguous and its application does not lead to absurd consequences, then it is interpreted as written. To so strictly construe the ordinance as the trial court did here leads to such absurd consequences. Therefore, the trial court’s rulings are reversed,” the court ruling stated.